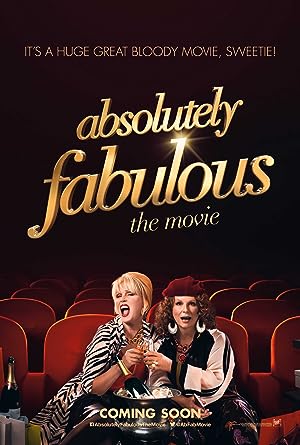 Edina and Patsy are still oozing glitz and glamor, living the high life they are accustomed to; shopping, drinking and clubbing their way around London’s trendiest hot-spots. Blamed for a major incident at an uber fashionable launch party, they become entangled in a media storm and are relentlessly pursued by the paparazzi. Fleeing penniless to the glamorous playground of the super-rich, the French Riviera, they hatch a plan to make their escape permanent and live the high life forever more!

Several years on from when we last saw Patsy and Eddy, Patsy is still in her fashion critic role but Eddie’s fortunes have waned. Her list of PR clients is limited and low-key and her memoirs are not going to get published. While attempting to gain Kate Moss as a client, Eddie accidentally pushes her into the River Thames. Moss does not reappear and Eddie becomes a murder suspect, and Public Enemy Number 1. To escape the publicity Eddie and Patsy head for Nice.